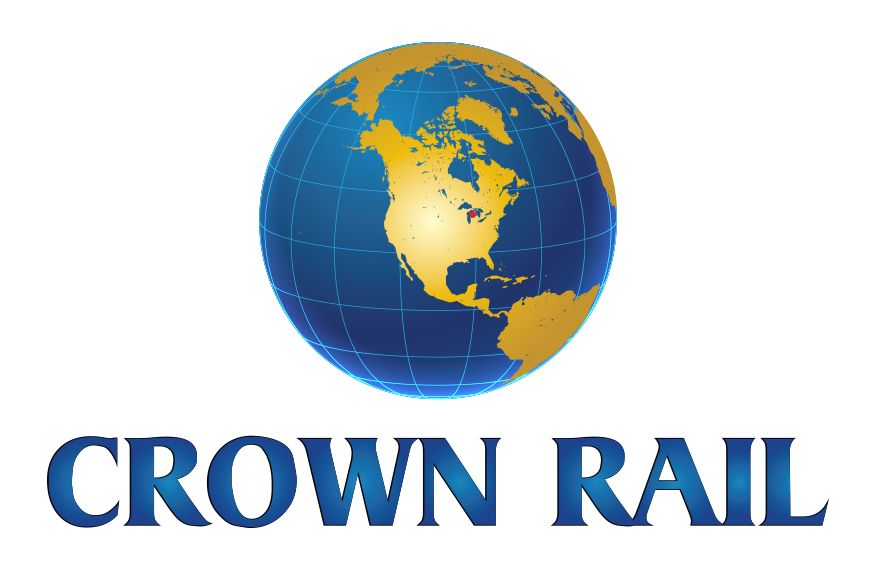 In addition to new rail, Crown Rail also stocks a wide range of good quality used rail. Used rail in good enough condition to be re-laid is called "relay rail". Relay rail is often used for industrial sidings and spur tracks, where the slower speed and infrequent traffic do not warranty laying new rail. Relay rail is graded and classified according to the type and number of flaws, and the amount of wear established. Our inventory of relay rail changes according to availability. We can supply rails and matching accessories to meet any specification. Normal inventory consists of rail 140-lb. per yard through 60-lb. per yard. All of our relay rail is guaranteed to be straight, uniform in height, drilling and completely suitable for use in any top-grade track system.

There are several different types of rail wear that are usually measured when grading relay rail. "Top wear" and "side wear" are measured by comparing the difference between the height and head-width of the relay rail with a newly manufactured rail section of the same weight and size. (Side wear is sometimes referred to as "gage wear" or "curve wear"). "End batter" is the term for the difference in height measured at the end of the rail and the height of the same rail measured behind the joint, a few feet in from the end. "Flow" is the term used to describe the small lip sticking out at the side of the rail head.

Flow can be present on one or both sides of the head, however the highest quality relay exhibits only a small amount of flow on one side only. Relay rail with flow on one side is often turned around when re-laid so that the lip is then on the field-side (outside) of the track.

Used rail is generally classified as Number One Relay, Number Two Relay, or Scrap. The definitions of Number One and Number Two Relay vary somewhat according to whose specifications are used. Different railroads and associations have developed different classification systems for grading relay rail. Generally speaking, Number One relay allows a maximum of 1/8" top wear for rails up to and including 115-lb. and a maximum of 3/16" top wear for rails heavier than 115-lb.